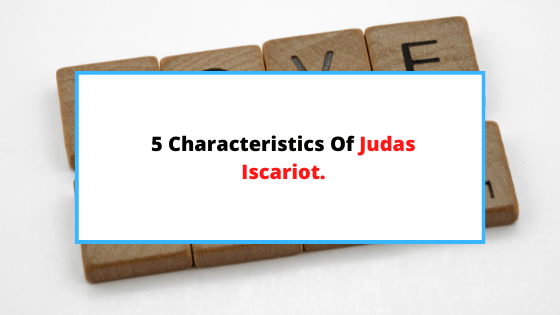 In this post, we are going to discuss the 5 major characteristics of Judas Iscariot which made him betray our Lord Jesus Christ for only 30 pieces of silver.

Judas Iscariot is a very interesting bible character in the New Testament who was one of the 12 disciples of Jesus Christ who ended up being a traitor and a betrayer due to greed.

He betrayed Jesus Christ to the authorities by handing Him over to them for 30 pieces of silver in exchange for Jesus’ betrayal.

The betrayal of Christ Jesus then leads to Jesus’ arrest, trial, and crucifixion by Pilate as well as death by hanging on Golgotha Hill outside Jerusalem (Matthew 26:14-16).

With that said, let’s look at the 5 major characteristics of Judas Iscariot that made him betray Jesus Christ all because of money.

What Does Judas Iscariot Represent?

Judas represents the greed and selfishness that most people including so-called believers have today. Judas Iscariot would rather have money than share with others what he already had.

His betrayal of Christ is what kicks off the whole story, so it would make sense that he represents this sin. If we look at Judas’s character in the Bible, we can see that he was greedy for money and power (Luke 22:3).

Judas Iscariot wanted to be rich and famous at all costs due to his greed and love of money even if that meant betraying the Lord Jesus Christ, which he ended up doing, anyway.

He used the money to buy things for himself that he could not afford and used his position as a disciple of Jesus to get rich in an immoral way just as most greedy church pastors of nowadays do.

Judas Iscariot failed and ended up in the predicament he did because he did not realize that Jesus wanted him to use his wealth for God’s sake instead of himself alone.

Below are the 5 characteristics of Judas Iscariot we can learn from as believers so that we don’t end up like him in hellfire.

One of the major characteristics of Judas Iscariot as John 2:5,6 tells us that he was a thief who stole money as he was in charge of the treasury of the disciples of Jesus Christ.

Judas Iscariot was a thief because he secretly store the offering money that was in the treasury, which he was in charge of due to the love of money in his heart and greed.

Sadly, there are many such fake Christians in the church today who are like Judas Iscariot himself and secretly steal offering money made for the church.

As such these, fake Christians are willing to betray Jesus Christ today as well just because of the love of money in their hearts by giving up their Christian faith for money.

The other trait Judas Iscariot had that made him a son of perdition as Jesus Christ describes him in John 17:12 is that he was a traitor because he betrayed Christ just for 30 pieces of silver which he ended up throwing away in the end anyway due to guilt.

By definition, a traitor is any person who betrays someone’s trust or a person for selfish and ulterior motives and that definition of a traitor perfectly fits Judas Iscariot.

Judas Iscariot betrayed Jesus Christ because he was selfish and greedy and wanted to profit out of the betrayal of our Lord Jesus Christ, which is why he carried out this treacherous act of betrayal without having any second thoughts.

Only after realizing what he had done after the betrayal did he realize that he has betrayed innocent blood just for 30 pieces of silver as we read in Mark 27:1-5. This is what greed and the love of money can do to a person.

Another trait of Judas Iscariot we can see in the bible is that he was a hypocrite who pretended to be a disciple of Jesus Christ outwardly but inwardly, he was a fake disciple and betrayer who only followed Christ for the money.

The hypocrisy of Judas Iscariot is clearly demonstrated in the betrayal of our Lord Jesus Christ in Mark 14:43-52 where Judas Iscariot led the soldier to locate Jesus in the garden of Gethsemane as he knew that was the place Jesus would be at that time.

By definition, hypocrites are people who pretend and claim to know Christ outwardly but prove otherwise with their actions and lifestyles just as Judas Iscariot proved that he was a hypocrite by betraying Christ for 30 pieces of silver.

In the church today, there are many fake hypocritical Christians just like Judas Iscariot who pretend to know Christ outwardly but in reality, are not of Him, which is manifested by their actions and lifestyles.

Being a betrayer is perhaps the most important evil trait Judas Iscariot had that made him betray Jesus Christ without any remorse due to his greed and love of money.

It’s the reason why he agreed with the Pharisees in Luke 22:24 that he was going to hand over to them Jesus Christ if they promised to give him money which the Pharisees and the chief priests agreed to.

With the agreement set and sealed, all that was left of Judas Iscariot to do was to hand over Christ to them and he would get his 30 pieces of silver which he did in Luke 22:45-48 when he showed the Roman soldiers where Jesus hid which led to His crucifixion.

This is what happens when you love too much money, which is the root of all evil. If you love money too much, you will do any kind of evil thing to obtain it even if it means betraying others to have that money.

5. He Was Greedy For Money.

Last but not least, Judas Iscariot was also greedy for money and it’s this greed and love of money in his heart that Satan used to cause the betrayal of the Lord Jesus Christ (Luke 22:3).

His greed for money blinded him to the fact that the money he was betraying Jesus Christ for could not compare in value to what Christ could give him which is eternal life.

Judas Iscariot was a greedy man, who wanted to make money at all costs. When he saw the opportunity to do so through betrayal, he went forward to carry out his evil act of betrayal so that he could have his 30 pieces of silver that couldn’t even give him eternal life.

The greediness of Judas Iscariot must be a lesson to all especially to those who are greedy for money as to what greed can do to a person if left unchecked.

I hope the above characteristics of Judas Iscariot have helped you understand the danger that comes with greed and the love of money that made Judas betray Jesus Christ. In closing, if this post has benefitted you greatly, let me know in the comments below, and don’t forget to share before you leave. Godspeed.

Other Interesting Articles For You. 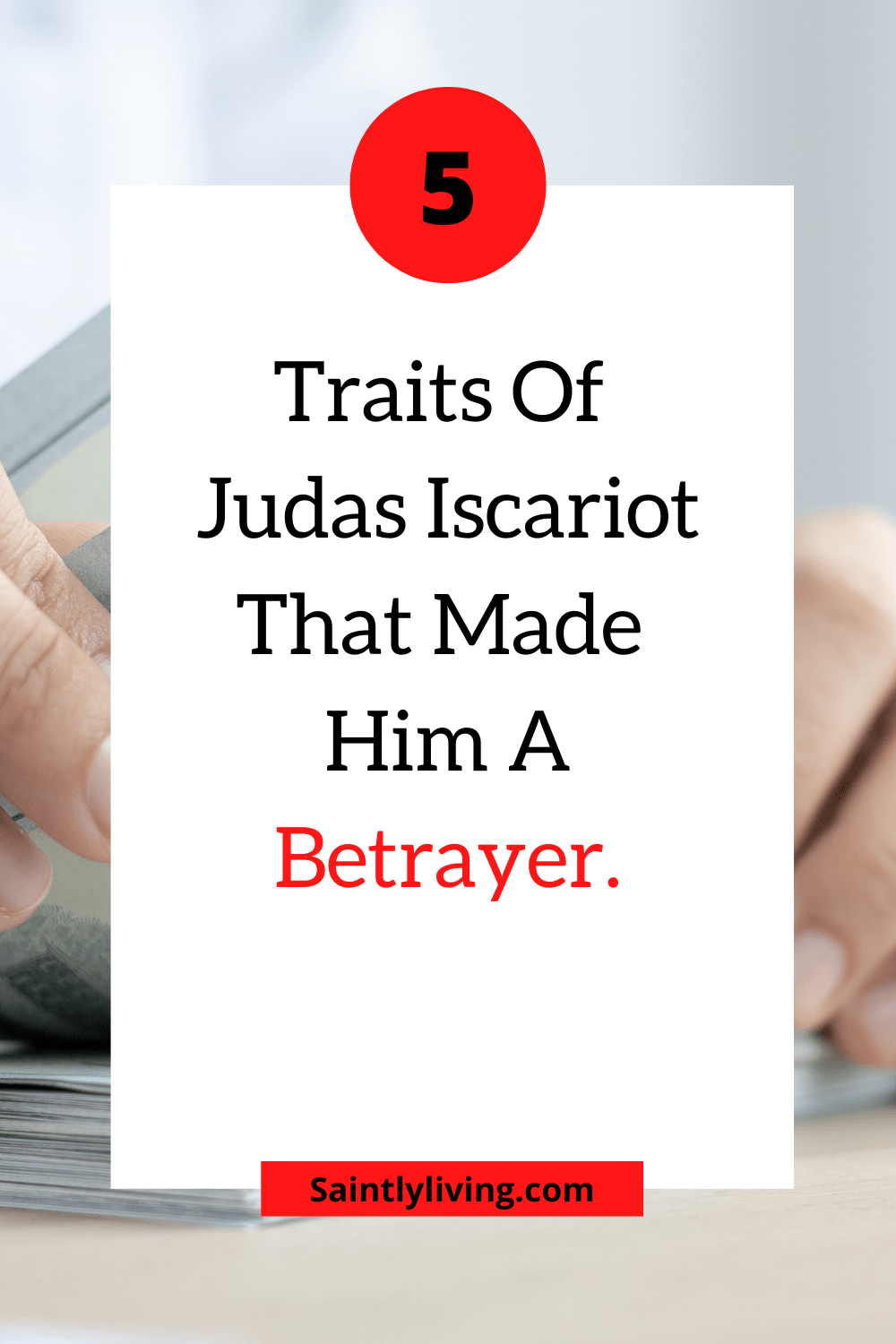